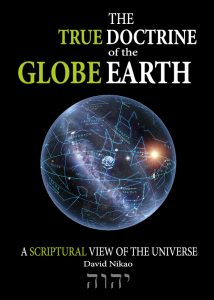 The Bible describes a geocentric universe, with a sun that’s moving in a circuit, and an earth that is fixed.

The enemy is pushing the lie of heliocentrism, which led to the evil deception of evolution, which removes the importance of the earth and of mankind.

The enemy pushes this agenda to attack the credibility of the Genesis creation narrative, and the Creator.

Please add your feedback about the book below.