This Biblical Geocentrism posts is about David Carrico and Jon Pounders who published a video called ‘Conspiracy Corner: Flat Earth.’

Video description: In Conspiracy Corner we take a hard look at popular conspiracy theories that will blow your mind and we will see how they line up with Biblical passages. In this second episode we will explore the ‘”flat earth” conspiracy. Join David Carrico and Jon Pounders as we uncover long hidden mysteries for this generation.

A good example of their false teaching is about Isaiah 40:22. The say that if the circle meant a globe earth, that Isaiah would have used the word ‘ball.’ 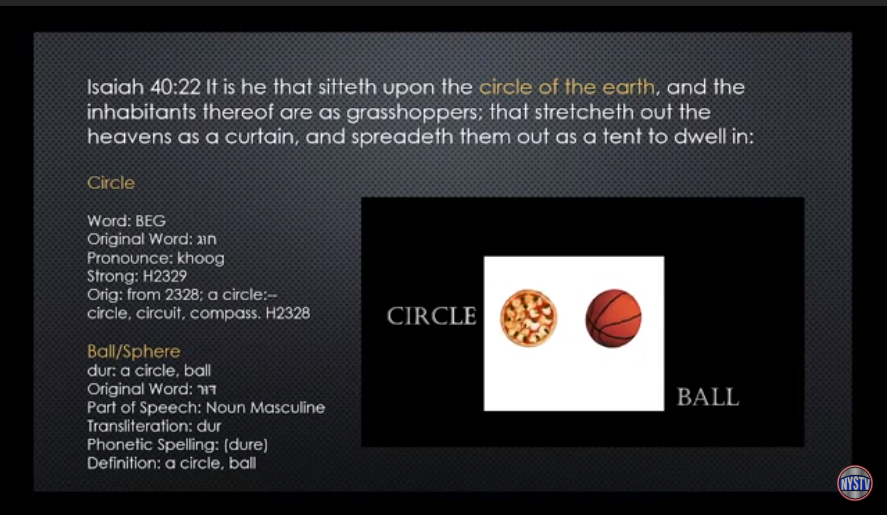 “It is he that sitteth upon the circle of the earth, and the inhabitants thereof are as grasshoppers; that stretcheth out the heavens as a curtain, and spreadeth them out as a tent to dwell in:”

The ‘he’ is our Creator, who is not sitting upon the earth; so right there we can see that the circle is not describing the earth.  It reveals that his viewpoint makes people look like grasshoppers, so He is high above the earth; once again proving that He’s not sitting on the earth.

I believe that the “circle of the earth” is the ecliptic, which Elohim created when He stretched out the heavens as a curtain, and spread the stars out as a tabernacle for Him to dwell in.  He is sitting in the heavens, where the circle of the ecliptic displays the narrative of redemption through the constellations.

The word for ‘tent‘ can be rendered as ‘tabernacle‘; so it’s saying that our Creator is sitting in the tabernacle of the stars which He created.

The twelve constellations in the circle of the mazzaroth on the ecliptic circle have proclaimed His plan of redemption, the Gospel, from the beginning.

Here’s what Elohim is pointing to, the Gospel in the Stars; which the enemy has perverted with explanations of pagan gods.

Let’s back up to get the context of the verse.  Elohim is declaring the glory of His creation.

“And to whom would you liken Ěl? And what likeness would you compare to Him? The workman moulds a graven image, and the goldsmith overspreads it with gold, and the silversmith casts silver chains.” Isaiah 40:18-19

Elohim is pointing to the circle of stars, which have declared the Gospel message from creation; which are more glorious than any creation of man.

“Did you not know? Have you not heard? Has it not been declared to you from the beginning? Have you not understood from the foundations of the earth?” Isaiah 40:21

“Do you bring out the constellations (mazzaroth) in its season? Or do you lead the Bear with its sons.” Job 38:32

We see that Elohim tells Isaiah to look up to the circle of the stars (host) of the mazzaroth.

“Lift up your eyes on high and see. Who has created these? He who is bringing out their host by number, He calls them all by name, by the greatness of His might and the strength of His power – not one is missing.”  Isaiah 40:26

“He appoints the number of the stars, He gives names to all of them.” Psalm 147:4

Here are a few examples of the stars being named:

“Thick clouds are a covering to him, that he seeth not; and he walketh in the circuit(chuwg) of heaven.”

This matches Isaiah 40:22, that Elohim sits and walks on the circuit (circle) of heaven.  He is not sitting or walking on the circle flat earth, or a globe earth for that matter.

In Psalm 19:1-6, David described the sun travelling through the circuit (the line of the ecliptic), through the constellations of the mazzaroth, which are a tabernacle (tent); proclaiming the Gospel message.

“The heavens are proclaiming the esteem of Ěl; And the expanse is declaring the work of His hand. Day to day pours forth speech, And night to night reveals knowledge. There is no speech, and there are no words, Their voice is not heard. Their line has gone out through all the earth, And their words to the end of the world. In them He set up a tent for the sun,  And it is like a bridegroom coming out of his room, It rejoices like a strong man to run the path. Its rising is from one end of the heavens, And its circuit to the other end; And naught is hidden from its heat.”

So we can clearly see that Elohim is referring to the circle of the ecliptic, which acts as a constant witness to those on earth, about His great power, and about His redemption plan; and the circle of Isaiah 40:22 is not about the shape of the earth.  Click here to read more about the Gospel In The Stars.

In what pattern do the stars travel?  Is it not in a circle?

The Bible describes a geocentric universe, not a heliocentric one and not a flat earth.

THE TRUE DOCTRINE OF THE GLOBE EARTH book (which is available as a free PDF) goes through the verses that flat earthers cite, to show how they either point to a geocentric universe or that they’re taken out of context.

You can request the free PDF on the Biblical Geocentrism home page.

They may be just ignorance about the flat earth and prophecy fulfillment, or they may be controlled opposition. Either way, they’re misleading a lot of people, and will stand before their Righteous Judge to give an account. I pray that the Spirit guides them to truth.